Thora's Story - A Journey from Hell to Paradise - Part 1

Brutal Migraines – Pain from the Inside Out

I sat hunched over on the couch, my head in my hands, crying. I tried in vain to find a pressure point that would give me a couple seconds of relief. I tried rocking, to see if it would stop.

It would not. When it got this bad, I couldn't sleep, which was a way to escape the pain.

But not that night.

That night the migraine was excruciating, and only getting worse. It felt like my eyes would pop, and my head would explode.

I thought to myself, "This is a brutal way to exist!"

Over the 4 years I had migraines, I went to the hospital emergency room 9 times. The staff would often treat me like a drug addict. I'd have to try and convince them I wasn't faking.

One time I got the "hippie" doctor who refused to give me what I needed. She said, "Demerol is too strong, you don't need that. I'm going to give you an Acetaminophen I.V."

"I've tried that, and it doesn't work. Look at my chart," I tried to explain.

I could see the look on her face. She didn't believe me.

"You can see I'm not drug seeking." I was trying to explain while still crying. When I got like this, the crying wouldn't stop. "Take a look... It's been a while since I've been in here. You can see my history, what the other doctor's have tried, and what didn't work. Acetaminophen won't help."

"I'm going to give you an Acetaminophen I.V. Lay down." She had made up her mind.

If I hadn't already been crying, I would have burst into tears.

I sat up a bit in the bed, since laying down just made the pressure in my head worse. I tried covering my eyes as much as possible from the blasting fluorescent light, which always made my head worse. I was still crying. I was miserable, alone, and now I feared I wouldn't get any relief.

I thought to myself, "What happens if I don't get a shot of Demerol? The migraine is getting worse. What happens? Can it really pop my eyes? I don't want to be blind. Will it get so bad I'll go unconscious? Unconscious would be good right now." But, I didn't feel like I'd go unconscious any time soon. The pain just keeps you wide awake when it's this bad.

I stayed, even when the I.V. was done, as it wasn't doing anything. I knew I'd have to wait out some time before the nurses could call the doctor and tell her that.

That night there was a nurse on duty who I knew, who was actually a very close friend of my mom. If she hadn't been on that night, I probably wouldn't have been able to get a shot of Demerol. Since she knew me, she was insistent to the doctor that I wasn't faking. Luckily the doctor relented, and ordered the Demerol. I was able to get enough relief to stop crying, and was able to go home.

Hitting Bottom – Nowhere to Go But Up

This was the lowest point in my life. Over the next year, through trial and error, and experimenting with all kinds of things, I finally found the solution to rid myself of migraines, permanently.

For the next 2 years, I spent my time researching, and continued to experiment to try and solve my digestive issues, which I noticed once I got rid of the headaches, and again found the solution to once and for all end my digestive problems.

I've vowed to help those who are suffering the same fate. To show you exactly what I've done, so you can speed up your recovery. My hope is that you'll be able to get relief by following my path, and get it much quicker than it took me.

This site is all about sharing the years of research, and cut to the chase, so you can get to the root cause and solve your digestive and migraine issues.

In the rest of Part 1 of this post, I'll share with you some of my history, so you can see what I went through from childhood until my mid 30's. In Part 2, I'll share what I did to solve them.

The Assumptions of Children

I grew up on a farm in a small town in the mountains in BC, Canada. I grew up digging in the dirt, and playing in the yard. I spent so much time outside, it just became a way of life.

My mother always had a big garden, and grew the vast majority of the food we ate. This was the beginning of my love for fresh food.

Most of the food we ate was homemade. My mother taught me from an early age how to cook and bake, and nurtured my love of home cooking.

Even though I had this good base for the food we ate, I still had health issues.

Ever since I could remember it always felt like I had a football in my stomach after eating. Using Metamucil was a normal daily routine, since I was constantly constipated. It was common for me to have an itchy palate (roof of the mouth).

These were things I just assumed were normal. As a child, with no other frame of reference, it's just the way it was. I never thought to verbalize these things.

A Mother – Powerless to Help Her Little Girl

As a teen I started getting headaches, some of them were migraines.

I remember one particular time it was so bad, I just laid in bed crying. My mom tried comforting me, but there wasn't much she could do. She stroked my head, and held my hand. I could see the worry on here face, and could see she felt powerless to help her little girl. She brought me food, and sat with me. She gave me something for the pain and finally, after a couple hours, I was able to fall asleep and get some relief.

Throughout the rest of my teens, and into my 30s, it was normal to have frequent headaches, and use over the counter pain killers to deal with them.

In the late 90's, the common headaches converted to full blown migraine headaches. When they started, in my mid 30s, within about 6 months, I had them almost all the time. By that point, I knew they weren't normal.

I went to the doctor to see if he could figure out why I was having them. He sent me for a CAT scan, to rule out any sort of brain problem. That wasn't the problem.

I asked him, "What do you think is causing this?"

He just looked at me with a bit of puzzled look, pulled out his prescription pad, and, ignoring my question, said, "I'm going to write you a prescription for T3s. That will make them go away."

"I don't want those," I said. "I've actually tried them, as I had some left over from a dental appointment, and they don't work. They don't do a thing." The doctor just stared at me, and handed me the prescription.

Over the next 4 years, I struggled with these migraines. I tried all kinds of things, with limited but ultimately unsatisfactory results. I was not happy with how the medical system treated me. There was nothing in their box of treatments to get rid of them. They only had pain killers as an answer, which wasn't an answer at all.

After the visit to the "hippie" doctor I mentioned in the beginning of this post, I made the absolute commitment to myself to get rid of them, once and for all.

Join me for Part 2, where I lay out the challenges I faced, and what I did to solve my health issues.

The 10 Step Guide is packed full of tips, tricks, recipes and regular Member only tips to get you started on the road to living healthy without gluten.
Your information is never given to anyone

Great! You can read the next 2 parts of my story, and browse through some more articles on the site - happy reading

There are no comments posted here yet

The 10 Step Guide is packed full of tips, tricks, recipes and regular updates to get you started on the road to living healthy without gluten.

Your information is never given to anyone 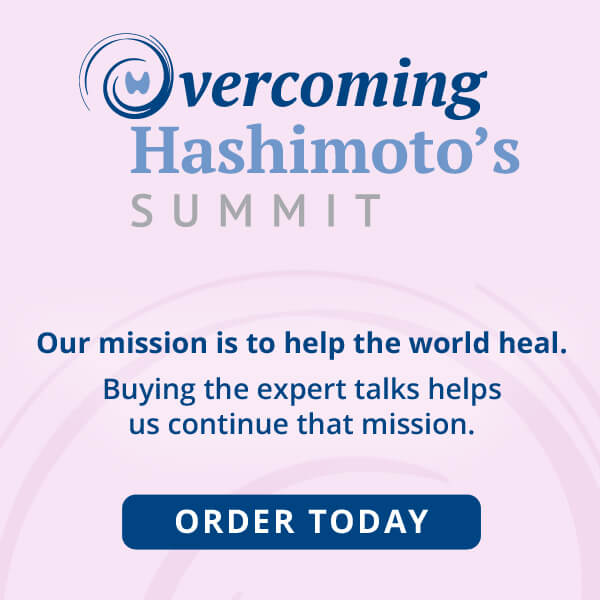